THE FAST WAY TO BETTER HEALTH AND WEIGHT LOSS?

Is the key to weight and fat reduction not calorie restriction but when and how often you eat (as well as, of course, what you eat and drink)? A look at intermittent fasting (IF).

Is the key to weight and fat reduction not calorie restriction but when and how often you eat (as well as, of course, what you eat and drink)? A look at intermittent fasting (IF).

It’s a relatively modern phenomenon in Western society (let’s say the past 60 years) that many of us eat throughout the day and well into the evening, including “midnight snacking”.

Throw in a pandemic, which has disrupted pretty much everyone’s life patterns, and there’s a lot of disordered eating going on.

For centuries – indeed, eons – before us, most people just didn’t have access to that much food. They ate frugally, if and when it – and what – was available. No supermarkets, no refrigerators.

The term “breakfast”, traditionally the first meal of the day, literally means “break the fast”. It came into use in written English around the 15th century to describe the first meal since a person went to sleep the night before.

Eating more than needed for the level of energy we expend, and foods that aren’t recommended for optimal health and wellbeing, as well as “grazing” between meals has become endemic. A spike in weight and health issues has accompanied it exponentially.

It’s a combination of so many factors: easy availability of fresh food and the proliferation of the pre-packaged/convenience/fast kind backed by glossy advertising and marketing campaigns.

Then there’s the lifestyle equation. People so stressed, or bored, that they eat too much at meals and in between meals, or skip meals then overdo the snacks to fill gaps, mentally and physically, whether consciously or not.

Add to this equation not enough exercise and we have a recipe for health and weight crises.

The diet industry became one of the biggest hype and revenue spinners of the 20th century and continues to this day.

As multi millions of dieters have found, “starvation” is not the key. Ditto, diets consisting of nothing but replacement meals, such as shakes. Weight drops off quickly at first but such a lifestyle can’t be sustained over the longterm.

The weight usually bounces back, often more than before and potentially with health complications.

A growing body of research suggests that the timing of the fast is key, and can make IF a more realistic, sustainable, and effective approach for weight loss, as well as for diabetes prevention.

Intermittent fasting (IF) has been around for, well, a long time. Also known as intermittent energy restriction, it’s an umbrella term for various meal-timing schedules that cycle between voluntary fasting and non-fasting over a given period.

In basic terms, it definitely doesn’t mean eating nothing for days or weeks – just not eating all the time.

This was followed by British journalist and former yo-yo dieter Kate Harrison’s book The 5:2 Diet based on her own experience – www.kate-harrison.com/52-health – and subsequently by Canadian nephrologist (with a special interest in treating Type 2 diabetes) Dr Jason Fung’s 2016 bestseller The Obesity Code. It all served to generate massive global interest in IF.

Dr Mosley explained that IF works by burning fat by flipping the metabolic switch: “Your body is like a hybrid car; it runs on two different fuels – sugar and fat.

“When your body needs a quick burst of energy, the first fuel source it turns to is the glucose (sugar) in your blood. Next it will draw on the sugar stored in your liver and muscle (glycogen).

“Only when this starts to run low does the body turn to its fat stores. Your body can’t just burn fat. Instead, it turns some of your fat stores into ketone bodies, which its uses as energy. The build-up of ketones in your blood is called ketosis.”

Dr Monique Tello is a practising physician at Massachusetts General Hospital (MGH) in the US, director of research and academic affairs for the MGH DGM Healthy Lifestyle Program, and clinical instructor at Harvard Medical School.

She has done extensive research on the benefits and effectiveness of intermittent fasting.

“Why does simply changing the timing of our meals to allow for fasting make a difference in our body?”, Dr Tello writes for Harvard Health Publishing. 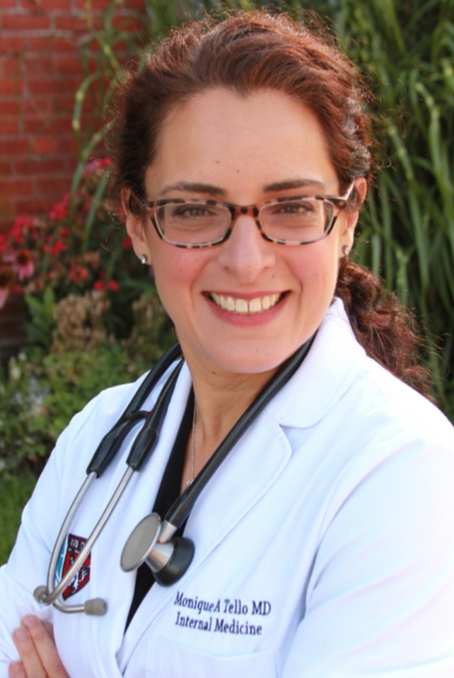 “We lose weight if we let our insulin levels go down. The entire idea of IF is to allow the insulin levels to go down far enough and for long enough that we burn off our fat.

“In [Dr Jason Fung’s] clinical experience, and sensible nutrition advice [in The Obesity Code] … he is very clear that we should eat more fruits and veggies, fibre, healthy protein, and fats, and avoid sugar [including alcohol], refined grains, processed foods.

“And for God’s sake, stop snacking. We have evolved to be in synch with the day/night cycle; that is, a circadian rhythm.”

“I asked the opinion of metabolic expert Dr Deborah Wexler, Director of the Massachusetts General Hospital Diabetes Centre and associate professor at Harvard Medical School. Here is what she told me: `There is evidence to suggest that the circadian rhythm fasting approach, where meals are restricted to an eight to 10-hour period of the daytime, is effective.’ Though generally she recommends that people `use an eating approach that works for them and is sustainable to them’.” 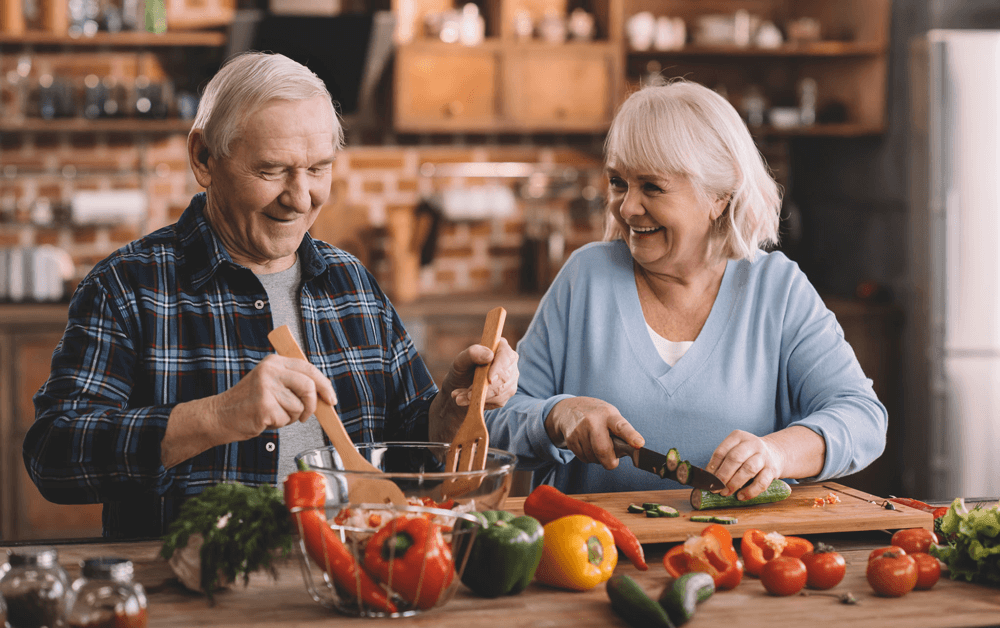 Following the phenomenal success of Dr Michael Mosley’s 2012 TV documentary, he and other medicos went on to establish The Fast 800 program and website: www.thefast800.com.

“We are a group of doctors and health professionals who grew frustrated with the increasing gap between what has long been widely accepted as `healthy eating’ and the latest evidence on what actually works,” the site says.

Its program is largely based on Dr Mosley’s best-selling books, The Fast 800, The Fast Diet, Fast Exercise, The Clever Gut Diet and The Blood Sugar Diet: “All our recipes are based on a moderately low carb Mediterranean style diet – regularly cited by health professionals as the healthiest diet in the world.”

“We are often told that we should snack between meals to avoid getting hungry,” The Fast 800 team points out. “There are two serious problems with this advice. Firstly, the more often people eat, the more they eat overall.

“Secondly, if you are snacking all the time that means you constantly have lots of sugar circulating in your blood. Constantly topping up your blood sugars is a really bad idea.

“The reason you don’t want to keep you blood sugars topped up is that having high levels of sugar in your blood damages your arteries and nerves.

“Sugar, in high concentrations, is toxic to the cells. So, after a sugary, carby meal your pancreas produces lots of insulin to bring your blood sugar levels down. Unless you go for a run, to use that sugar up, most of those excess calories will get stored as fat.

“The same is true of your body; over time you become insulin resistant. When the pancreas can no longer produce enough insulin to keep your blood sugars in check then you will be on the downward journey to pre-diabetes and eventually diabetes (where the pancreas just packs up).”

Like everything in life, intermittent fasting is not meant for everyone (see Caution).

There are also multiple approaches, that can be incredibly confusing, or daunting, to someone wanting to try it, especially as some IF plans advocate a hardcore approach of forgoing all food for at least 12 hours, and possibly for as long as 14-16 hours overnight.

You may benefit from consuming most of your calories earlier in the day, when your metabolism is at its most efficient. Research has shown that it’s not only consistency in the timing of meals, but in the amount of food eaten at each meal that seems to be important.

The body’s metabolism slows throughout the day, meaning that late-night eating may be especially bad for people trying to maintain a healthy weight, or lose weight. 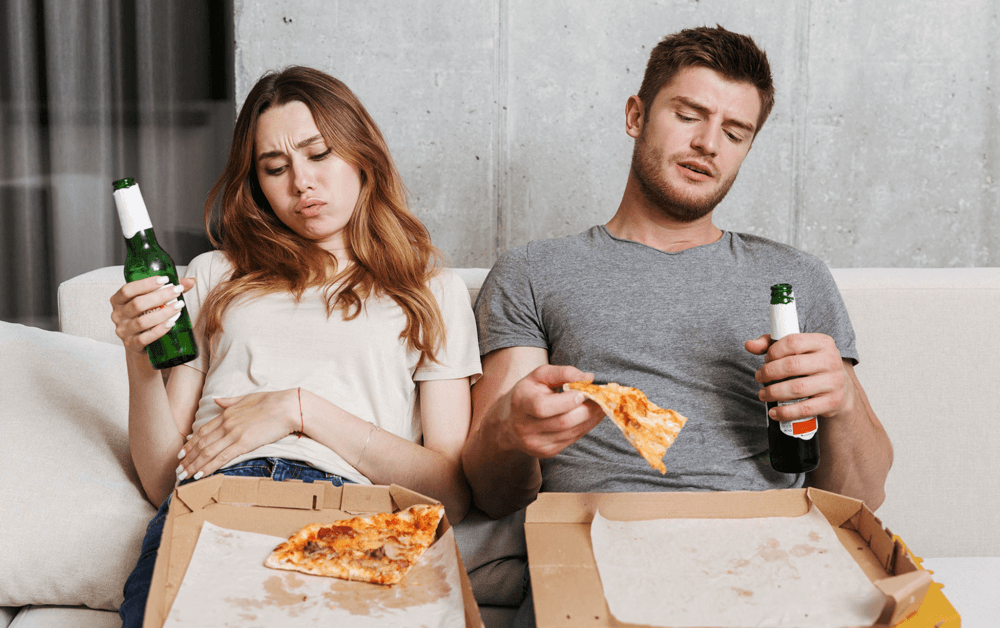 To start, consider a simple form of intermittent fasting. Limit the hours of the day when you eat, and for best effect, make it earlier in the day (between 7am-3pm, or even 10am-6pm, but definitely not in the evening before bed).

3. WHAT IS THE MEDITERRANEAN DIET

Interest in the Mediterranean diet began in the 1960s with the observation that coronary heart disease caused fewer deaths in Mediterranean countries, such as Greece and Italy, than in the US and northern Europe.

It is largely plant-based, with moderate amounts of lean proteins.

A daily intake is typically high in vegetables, fruits, herbs, whole grains, beans, nut and seeds, and healthy fats, such as olive oil, as opposed to saturated and trans fats, which contribute to heart disease. 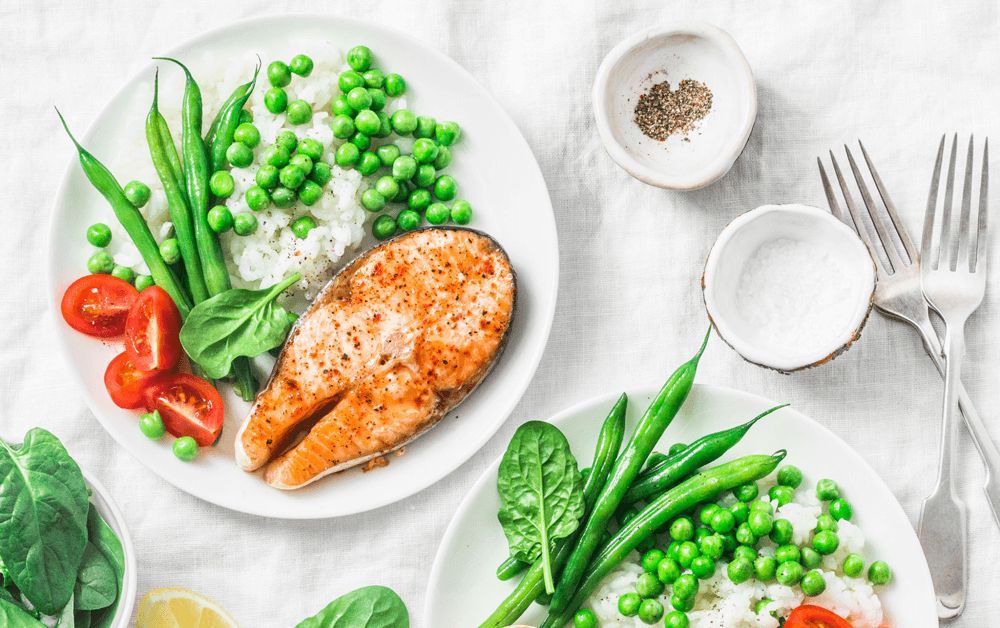 Fatty fish — such as mackerel, herring, sardines, albacore tuna, salmon and lake trout — are rich in omega-3 fatty acids, a type of polyunsaturated fat that may reduce inflammation in the body.

As everything in life, intermittent fasting is not suitable for everyone, and it’s always recommended to consult your doctor before beginning any new health program.

People who should NOT fast include those who are underweight or have eating disorders like anorexia, women who are pregnant or breastfeeding, people under the age of 18, and those with health/medical conditions unless pre-approved by their doctor.

PrevPreviousTHE RITE TO CHOOSE
NextUNSOLICITED ADVICE, THE JUNK EMAIL OF LIFENext
On Key