The Face of Lockdown

It’s little surprise that after months of conducting conversations via video calls, many of us have started to analyse – and criticise – our appearances more.

More than 1.6 million of us search for cosmetic surgery related topics every month and collectively spend more than $1 billion annually on surgical and non-surgical treatments, surpassing the US by 40 percent per capita.

But after nearly a year of COVID restrictions and the virtual society it has generated – communicating with family, friends and work colleagues via platforms such as Zoom – doctors have reported a huge surge in demand for non-invasive facial procedures, such as anti-wrinkle injections, dermal fillers or skin resurfacing with device technology such as laser.

There’s also been a clamour for plastic surgery such as facelifts, neck lifts, jawline contouring, rhinoplasty (nose jobs), eye lifts and breast augmentation, as people spend more time assessing their  thumbnails on video calls. It’s little surprise that after months of conducting conversations via video calls, many of us have started to analyse – and criticise – our appearances more. It’s not just a matter of staring at ourselves, either, but also looking at other people’s faces and comparing our own.

According to The Australian Financial Review, Australian plastic surgery and cosmetic treatments have increased by more than 50 percent during COVID-19.

Melbourne plastic surgeon Dr Chris Moss, for instance, has reported that inquiries for facelifts have risen by 300 percent at his clinic, while rhinoplasty has surged by 200 percent.

What is it about pandemic video calls that have many people scrutinizing their every feature – and just how rational is it? 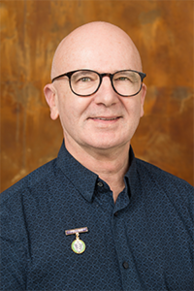 “Over the last few months I have been inundated with people seeking advice and treatments who’ve never even considered cosmetic medical procedures before.

“I will regularly hear things like: `I saw my face on Zoom and this that and the other is wrong with it’.”

Dr Molton, owner and director of Epiclinic, says there’s a fine balance between respecting a patient’s opinion and what is actually the right course of action for them.

“I have had to say in some cases `that’s not true what you’re seeing. You don’t need this or that’. Medical professionals have a duty of care to do – or not do – what is in the patient’s best interests.”

The so-called “Zoom Boom” is a continuation of a trend that’s been happening for years, says Ashton Collins, director of UK aesthetic medical clinic Save Face.

“Before it was ‘Selfie Dysmorphia’ (body dysmorphic disorder is a mental health issue in which a person obsesses about one or more perceived defects or flaws in their appearance),” she says.

“I think now it’s less about photos, and more about video calls. You see yourself in a certain way, and you scrutinise that and become obsessed with certain things.”

Dr Jill Owen, a psychologist from The British Psychological Society, warns the version of ourselves we see on our screens can be deceiving and distort reality.

“The angle, lighting and limitations of the camera on many devices can lead to distortions of features – meaning, the image can be unfamiliar to the video caller, and very different to the picture they are used to each time they look in a mirror,” she says.

Dr Own adds that devices such as smartphones can further alter body image, due to the angles at which we hold them.

Obsessing over our own image can lead to “perceptual distortion”, she says, which occurs when we “highlight a fault, then focus disproportionately on this until it becomes magnified” in our perception.”

“I had one patient, who was previously just happy with Botox and fillers, proceed with a face and neck lift as a result of being on endless streams of Zoom calls. She saw jowls and neck folds she’d never appreciated before quarantine.”

Only doctors who have successfully trained through the Royal Australasian College of Surgeons (RACS) have met the federally mandated requirements to become a surgeon. If your doctor does not have FRACS (Plastics) after their name, they are not accredited by the Australian government as a legitimate surgeon. Use the Royal Australasian College of Surgeons’ website’s surgeon finder to double check a doctor’s qualifications.

To ensure a doctor has attained the highest level of training for non-surgical treatments, look for Cosmetic Physicians College of Australasia (CPCA) fellows, if they are not specialist plastic surgeons.